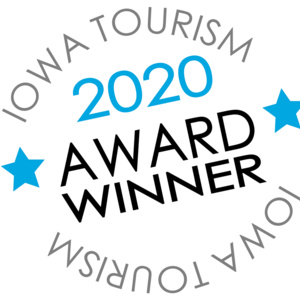 Hard Won – Not Done features twelve original monotype and pastel illustrations by Gary Kelley, who was commissioned in 2019 by the League of Women Voters to create the portrait series celebrating a century of Iowa women.  Suffragists, trailblazers, politicians and activists are pictured, including Edna Griffin, Carrie Chapman Catt, Elizabeth Catlett and Donna Reed. The PBS documentary, The Vote, which tells the dramatic culmination story of the hard-fought campaign waged by American women for the right to vote, will also be screening in the galleries throughout the duration of the show.

As part of the yearlong celebration of the 19th Amendment centennial anniversary, the portraits were used to create a 2020 calendar for the public, sponsored by Veridian Credit Union. Within the calendar pages, each portrait was augmented with a biographical sketch by writer Cydney Kelley, which will also accompany the works on display at the Hearst Center. A limited number of calendars will be available at the Hearst Center for no charge. A selection of Kelley’s original illustrations will be for sale and can be purchased through the Hearst Center.